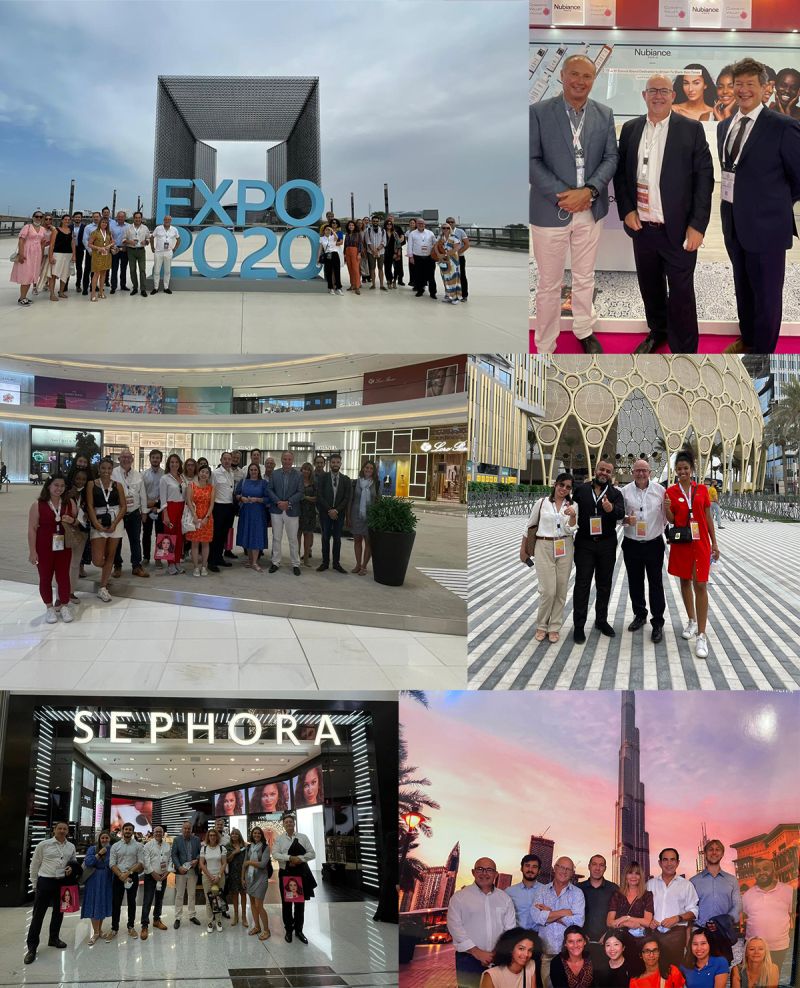 Back in pictures are some snapshots from our Mission Dubai 2021-2022 Special, Cosmetics mission, which was a part of an economic mission supported by the European Commission for 22 SMEs with Cosmetic Valley’s Ségolène Leloutre, Christophe MASSON and 5 other European delegations.

In a brief, the mission took place during the inauguration of the Dubai World Expo with France Day on October 2nd and they were the first French delegation to have a guided tour by the Cofrex in the France Pavilion of the Expo 2020 Dubai. The delegation also had a visit to the #France Pavilion at Beautyworld with Business France Middle East, a guided tour by the Chalhoub Group in Dubai Mall, and of course, attended meetings organised with local companies.

Thanks to our Emirates partners Cédric Renard for supporting our different missions and to the Chalhoub Group and Patrick Chalhoub Geoffroy Bunetel and the local team for their very precise insight on the Middle East zone for this mission.

previous
Dubai EXPO 2020 - 7 more days to go for the grand opening
next
Mission Dubai 2021-22 : The team behind a successful mission